Skip to main content
To provide you with the best experience, The Rees Hotel & Luxury Apartments uses its own and third-party cookies on its website for technical, analytical and marketing purposes. By continuing to browse our site, you are agreeing to our use of cookies. Please consult our Cookie Notice for more information. 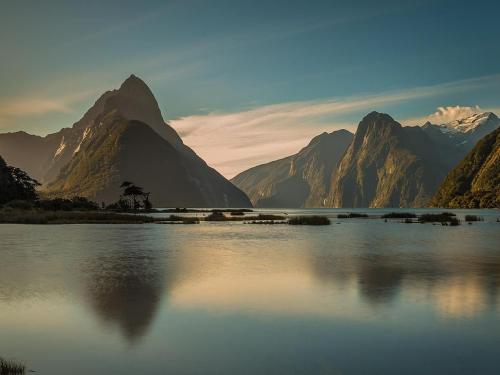 With an average annual rainfall of 6,412mm (252in) each year, Milford Sound is known as the wettest inhabited place in New Zealand and one of the wettest in the world. This huge rainfall creates dozens of temporary waterfalls, cascading down the cliff faces, some reaching a thousand metres in length. Smaller falls from such heights may never reach the bottom of the sound, drifting away in the wind.

Fiords carved by the glaciers dominate the scenery eventually blending into the wild and windswept west coast.